The Belgian artist Francis Alÿs (b. 1959) has lived in Mexico City for almost his entire life. He considers Looking Up as a counterpoint to an earlier work, in which he pushed a block of ice through the streets until it melted away. Looking Up seeks to carry out a performance from which movement emerges without effort. Entrusting himself to the power of suggestion, Alÿs stands on a square watching the sky until a crowd forms around him. Just as something begins to occur, the artist withdraws. 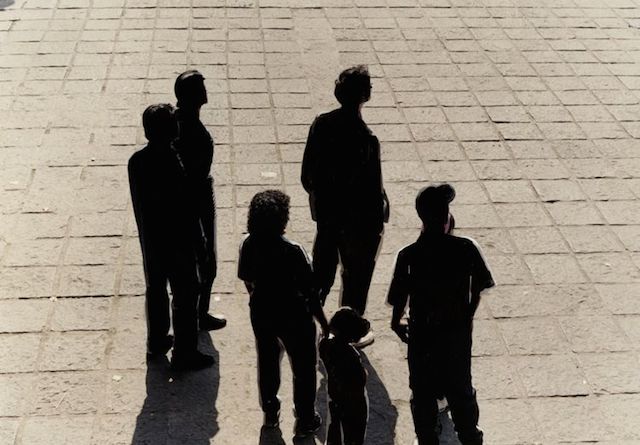