The American artist Anna Halprin (b. 1920) is based in the Bay Area of San Francisco. City Dance, an improvisational work which used the city of San Francisco as its stage, is an example of her attempt to expand the understanding of the spaces in which dance traditionally takes place. City Dance came to fruition on July 24, 1977 with a performance which began at Twin Peaks at 6:30 in the morning, passed through nine pre-determined sites, and ended at Embarcadero Plaza at 6 in the evening. The work featured hundreds of dancers and was viewed by thousands of spectators, some of whom also joined in. 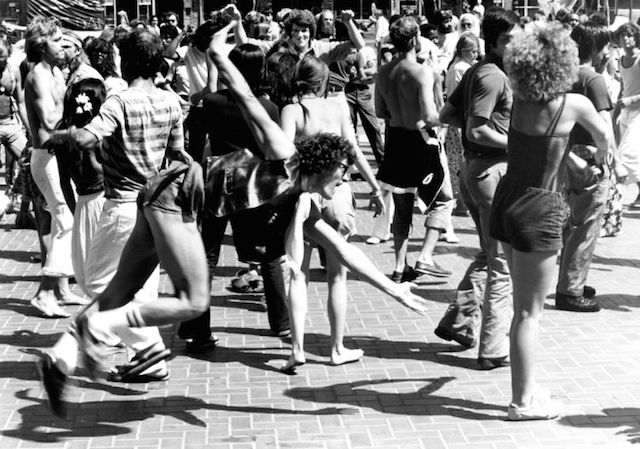