Greek, New York-based choreographer Maria Hassabi (b. 1973) is a virtuoso of velocity. At the core of Maria Hassabi’s practice is a preoccupation with slowness. SHOW is a duet featuring Maria Hassabi and dancer Hristoula Harakas engaged in an involuted shadow and retreat from one another, in which the two bodies take on an almost sculptural quality. Taking place in a public context, the work inevitably asks just what movement is. 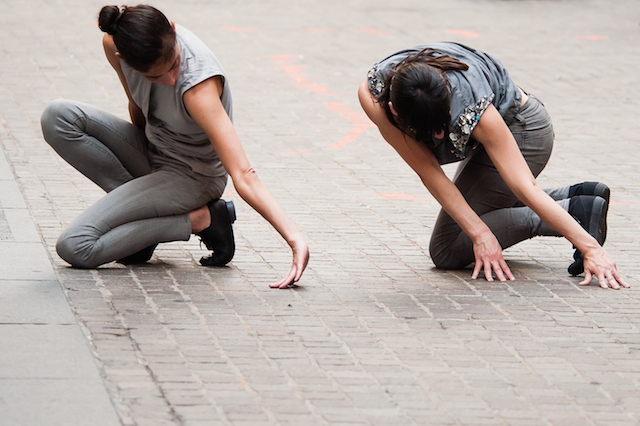