José Pérez Ocaña, better known simply as Ocaña (1947-1983) was a painter and performance artist who developed a certain notoriety for his promenades along Barcelona's Las Ramblas in the 1970s and early 1980s. Ocaña was celebrated for his irreverent cross-dressing performances and camp subversions of Catholic symbols. It was in such ways that Ocaña's memorable walks articulated both a challenge to the social and public construction of gender and an open rejection of the ways in which it works. 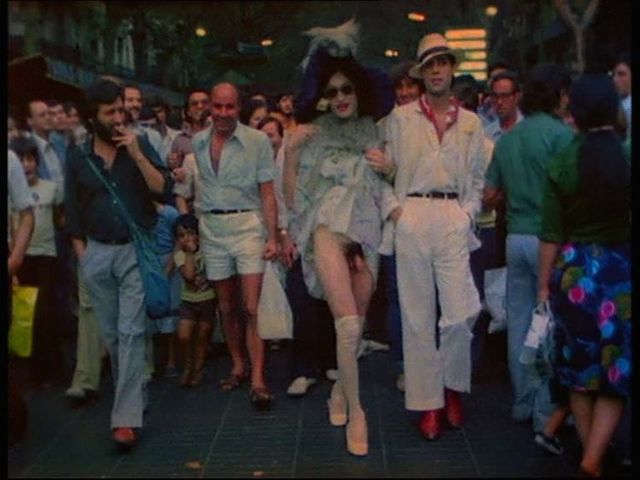