The practice of Romanian, Bucharest-based artist Alexandra Pirici is grounded in choreography, which she uses both for its critical economy and its economy of means to question history, monuments and public sculpture. For Le Mouvement, she conceived a re-creation of Richard Serra’s controversial public sculpture, Tilted Arc (1981), which was removed by popular public opinion from Federal Plaza, New York. Contrary to his use of steel, Alexandra Pirici uses human bodies, placing thirty of them side-by-side for hours at a time, like a large human wall. How does this modify the public space it inhabits? And how will the city’s inhabitants react to it? 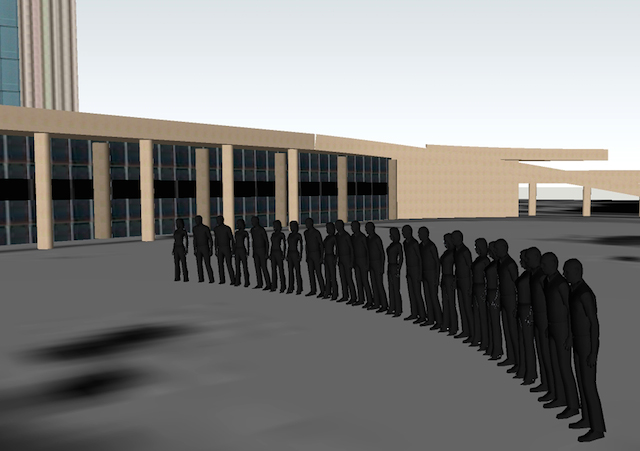