The Thai artist Rirkrit Tiravanija (b. 1961) came to attention in the early 1990s with his creations of real encounters both within and beyond the institutions of art. In Untitled (Remember JK, Universal Futurological Question Mark U.F.O.), Tiravanija pays tribute to his soul mate, the Slovakian artist Julius Koller (1939-2007). A 1978 photograph shows the artist with some children in a meadow, arranged in the shape of a question mark. Tiravanija brings this work into the present by placing it in an urban context, with more than a hundred people coming together in the same fashion in the Zócalo, the square in Mexico City which is often the scene of protests. 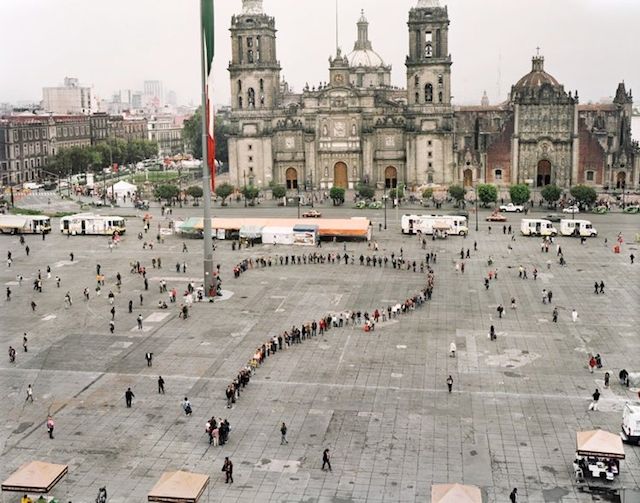