Tomislav Gotovac (b. 1937) began to take an interest in the activities that punctuate everyday life while learning about photography in the 1960s. An emblematic figure on the Yugoslav art scene of the 1960s and 1970s, he engaged in insignificant situations and activities and then put them into an artistic context which enabled him to bring the oddest actions into the domain of live, artistic spectacle. In 1971, Striking was his first performance in public space, and involved him running naked through the streets of Belgrade. Freeing himself of all physical and sartorial constraints, the artist set out to disturb social customs and the public sphere, using his own body as his only medium. 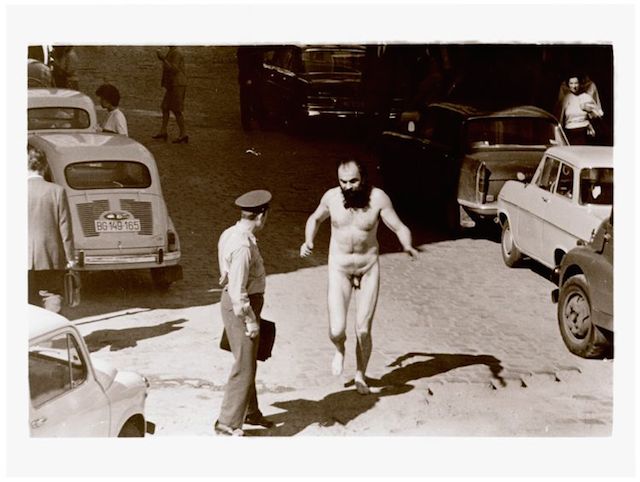