The Austrian artist VALIE EXPORT (b. 1940) raises explicit questions about structures and conventions. Körperkonfigurationen is a series of fifty photographs. With its ironic representations of the female body as an object, this work demonstrates the gendered nature of space, the extent to which the body is itself a space, and the possibility of an in-between zone in which the female body can assumes a new, transformative agency by re-inserting itself into the highly prescriptive (patriarchal) system of architecture. 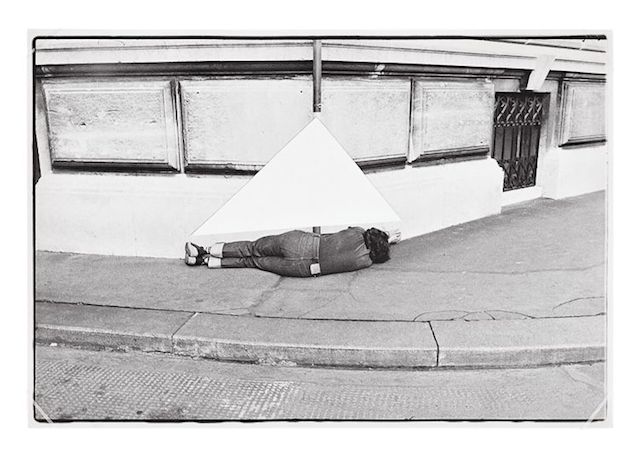