Gelitin is an Austrian, Vienna-based collective composed of Tobias Urban (b. 1971), Wolfgang Gantner (b. 1968), Florian Reither (b. 1970), and Ali Janka (b. 1970). Nella Nutella was photographed in Venice prior to the Biennale 2001, and then put on offer in the Austrian Pavilion as an artistic souvenir. Falling is a wonderful sensation – like floating, according to Gelitin. But what is foregrounded here is not the metaphysical plane found in Yves Klein's famous photograph, Le Saut dans le vide (1960). This is instead a slapstick kind of falling, a question of overcoming one's own fears, and ultimately a matter of sabotaging normed tourism, a joyless experience which bleeds bodily sensation dry. 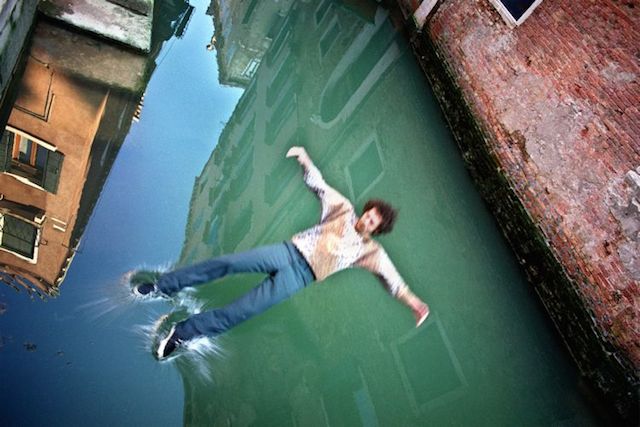