South-Korean born, New York-based artist Kim Sooja’s (b. 1957) A Needle Woman is a contemporary classic of the body in urban space. Originally presented as a video featuring the unmoving figure of the artist filmed from the back on the busy streets of Tokyo, New York, London, Mexico City, Cairo, Delhi, Shanghai, and Lagos, the version featured here was filmed in Paris in 2009. With supreme simplicity, this work questions and challenges one of the implicit injunctions that governs public space: keep moving. 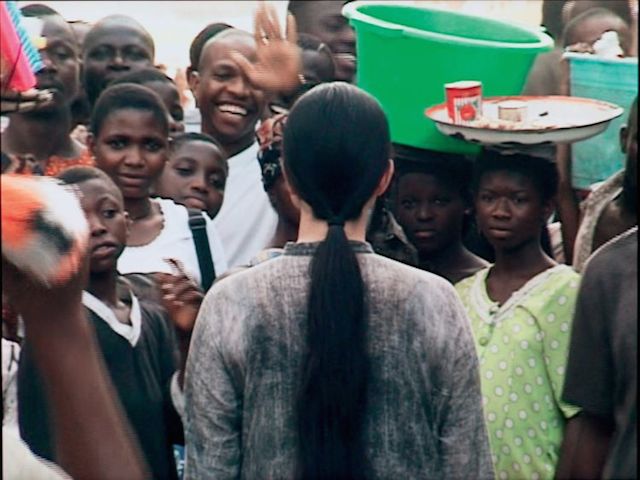