The practice of the Romanian, Bucharest-based choreographer and artist Alexandra Pirici (b. 1982) has been known to critically engage public space and sculpture. If You Don’t Want Us, We Want You is a direct response to budget cuts by the Romanian ministry of culture to the performing arts, which nevertheless directed funds to the beautification of the city. Deprived of the spaces in which to perform, Pirici and a troupe of Romanian performers took to the streets and imitated the forms of the public statues and monuments. 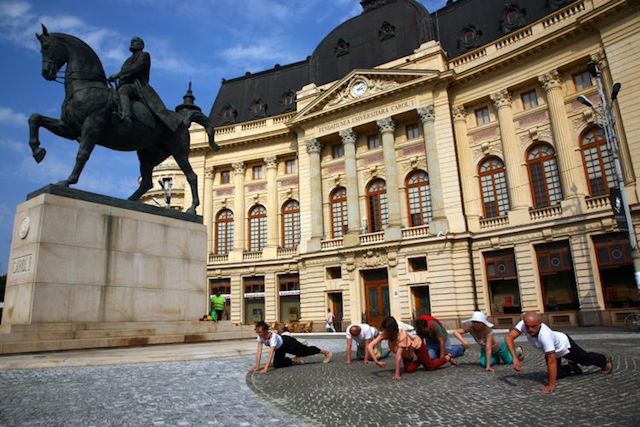