Greek choreographer Maria Hassabi (b. 1973) lives in New York. The Ladies is a perfect, if pedestrian example of artist's abiding interest in slowness. This video, which documents an un-announced public performance on the streets of New York, portrays three different pairs of women, walking side by side at a preternaturally slow pace. Given the crunch and rush of cities such as New York, such a rate of twinned progress, which basically refuses to go with the flow, has the potential to be highly antagonistic and disruptive. 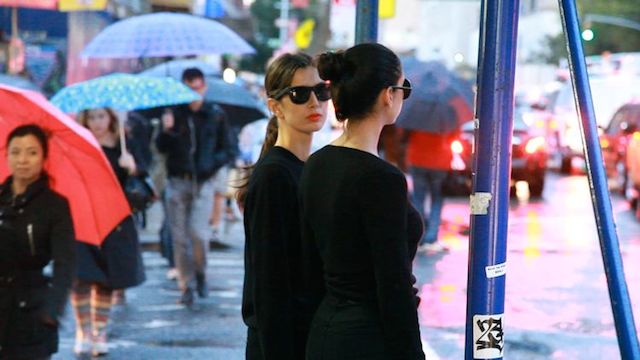